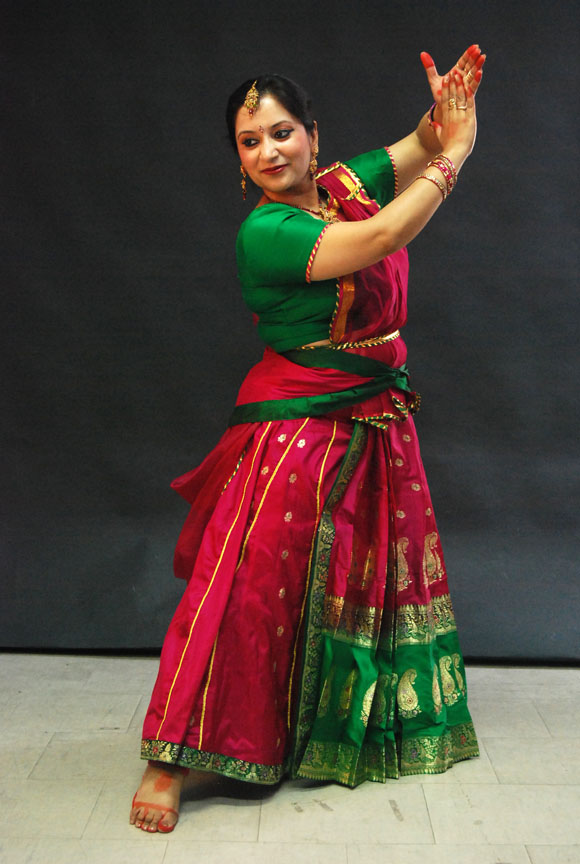 Kathak is one of the eight forms of Indian classical dances, originated from Uttar Pradesh, India. This dance form traces its origins to the nomadic bards of ancient northern India, known as Kathaks, or storytellers. Its form today contains traces of temple and ritual dances, and the influence of the bhakti movement. From the 16th century onwards it absorbed certain features of Persian dance and Central Asian dance which were imported by the royal courts of the Mughal era.

The name Kathak is derived from the Sanskrit word katha meaning story, and katthaka in Sanskrit means he who tells a story, or to do with stories. Kathaa kahe so kathak is a saying many teachers pass on to their pupils.

There are three major schools or gharanas of Kathak from which performers today generally draw their lineage: the gharanas of Jaipur, Lucknow and Benares; there is also a less prominent Raigarh gharana which amalgamated technique from all three preceding gharanas but became famous for its own distinctive compositions.

Aside from the traditional expressive or abhinaya pieces performed to a bhajan, ghazal or thumri, Kathak also possesses a particular performance style of expressional pieces called bhaav bataanaa (lit. ‘to show bhaav or ‘feeling’). It is a mode where abhinaya dominates, and arose in the Mughal court.

The structure of a conventional Kathak performance tends to follow a progression in tempo from slow to fast, ending with a dramatic climax. Compositions can be particularised as follows:

Age is no bar – if you wish to dance, we’re here to help your dream come true.

Take a look at all the classes we offer by award-winning and international artists. Come and experience a first-hand session at Studio Antara today.